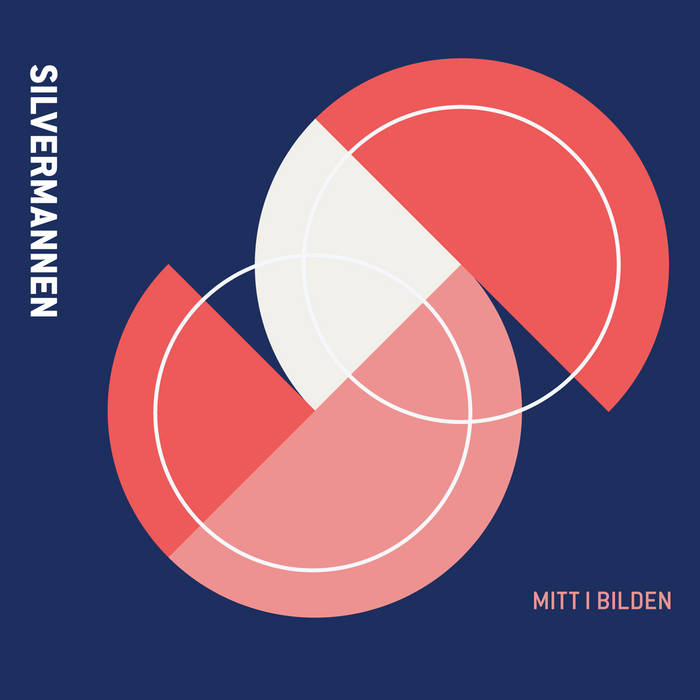 “Silvermannen moves slowly and silently through a narrow but beautiful soundscape where present and past do not exist. He listens, looks and thinks about the surroundings, but does not bring anyone to justice. No super powers, no rock, no arch enemy, just a big heart.”

Silvermannen is the solo project of Emerald Park’s1 singer and songwriter Tobias Borelius. His new musical journey “Mitt I Bilden” (“In the Middle of the Picture”) gives an insight into his life: while the body resides in Malmö, the heart remains in Småland.

The Swedish lyrics are rich in personal issues and experiences. In “Öland” a relationship is in crisis and in “Kullarna” it gets resolved, “Gryning” focuses on the stress of the everyday life, and “Mr. Hyde” shows the dark side that can surface when this emotional strain becomes overwhelming. The lyrics also deal with social matters, as in the songs “Vi Kan Vänta” (“We Can Wait”), which is about children with autism, and “Tidigt i May” (“Early in May”), which is a statement for humanity sprung from the neo-Nazi demonstrations before the last elections in Sweden.

There is no easy way to define Silvermannen or assign the compositions to a genre. Highly influenced by artists like Peter Gabriel, David Bowie, Yazoo, and The Church, Tobias found his own unique way to express his creativity and feelings in his music.

“Mit i Bilden” was recorded in Magnus Svenningson's (The Cardigans) beautiful house in Österlen and mixed and produced by Carl Granberg who currently works with the Swedish bands Bob Hund, Tingsek, Ved, and Råå. The album was enhanced by the presence of Svante Lodén (Timbuktu and Damn!) and the dual role of Mattias Nilén (Malmöbandet Ved) who appeared as a songwriter in “Slut i Huvudet” and “Malmö” and as a musician in several of the songs.

Aenaos Records (Germany) will release “Mitt i Bilden” worldwide on 7th of June, 2019 as CD and download.

All lyrics by Tobias Borelius.

All songs produced by Carl Granberg and Tobias Borelius except Morri by Granberg.

Recorded and mixed by Carl Granberg.

Thanks to: Svante Lodén for lending us his beautiful voice, Magnus Svenningson for letting us use his beautiful house, Mattias Wilke for sharing his music, Jonatan Grönkvist for his artwork and for always helping me with all kinds of stuff and to Charlotta Borelius for her patience.