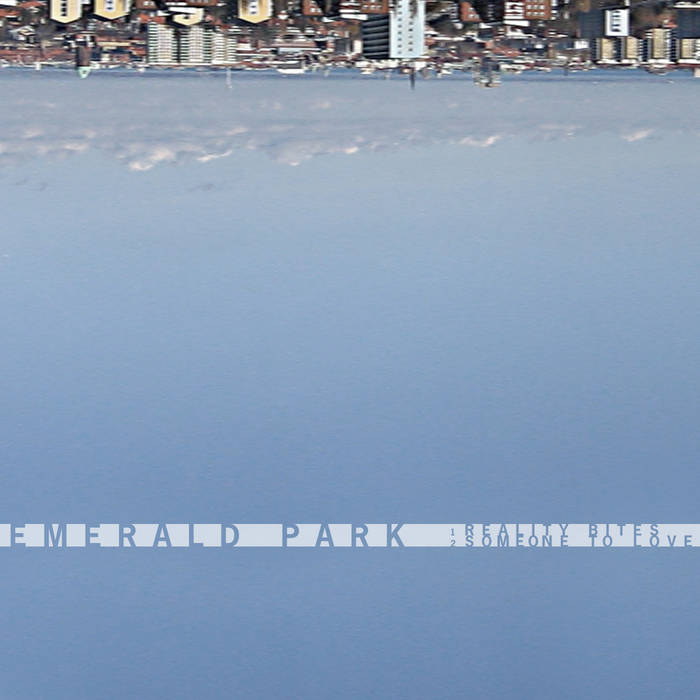 After the great international success of their album "For Tomorrow" (2008), the solo-albums of guitarist Daniel Jönsson (Danish Daycare "A Story Of Hurt" 2009) and Singer Tobias Borelius ("Du känner mig för väl, farväl" 2010) EMERALD PARK from Mälmö announce their comeback with the download-single "Reality Bites / Someone To Love" in a spectacular way.

The expectations will be high, because "For Tomorrow" "...neither needs embedded gimmicks, nor strained efforts from the press, to proof authenticity. Instead EMERALD PARK delivers well-written and very engaging songs." (Chris Conation for Popmatters), has convinced press and listeners worldwide and was downloaded over 15.000 times after the release in the beginning of 2010 on archive.org, afmusic and the swedish netlabel 23Seconds.

And again the Swedes apparently without difficulty manage to carry on where they stopped with their hit "The Commonfield". The rocking sound has made room for for a more relaxing and organic sound and so you can find 2 impressive and catching songs, which sparkle out of the speakers.

The Single "Reality Bites / Someone To Love" grants the desire for more and is a very good foretaste of the upcoming EMERALD PARK album, coming this autumn. The download will be available on 4th of February 2011 on all well-known online stores.

Featured sounds by K.Spark and WIZDUMB, plus Basi joins the show to discuss his latest release.